The Rand Easter Show, is a huge consumer exhibition, where thousands of exhibitors from all over the world would come to Johannesburg to trade, it was in fact the largest show of it’s kind in the world outside of the US for a long time through the 60's and 70's.
I must have been six or seven years old, when my Dad and I went to the Rand Easter Show, I must have been that age because it was just the two of us, which meant my brother’s were still to young to come along. My farther had been sent by his boss to take a look at some German machinery that was on exhibition, or something like that, because my Dad wasn’t the kind of guy to go without having to be prodded with a stick, of course for me, it was going to be great, because as a kid the only attraction was the Fair Grounds. The Fair Ground was huge, with Rollercoaster, Octopus and all sorts of rides, there were games of skill where you could win stuff and candy vendors, and tucked away in a corner there it was this thing that emitted a loud noise. The "Wall Of Death" the name did it, I was hooked, and then that noise, I nagged and dragged and nagged some more until he finally said yes, and if you knew my Dad, you will know just how much nagging it took. He bought tickets and I remember as we climbed the stairs that went around the wall, eventually spilling out onto this balcony, the sound was hypnotic, looking over the edge into that barrel, I was in awe, mesmerized by these motorcycles, and these people, I just couldn’t believe what I was seeing, it was the most amazing thing ever.
I don’t want to get into the science of the wall, but it’s all about centrifugal force, something all motorcyclists learn very early on, and it’s what keeps you upright when leaning over into a corner, obviously speed and is relevant to angle and all that.
The Wall of death was an offshoot of the old wooden board track racing days of the early 1900’s, and I believe its first appearance was at Coney Island, New York. The wall is a cylindrical barrel of wood, between 6 and 10 meters in diameter, where stunt riders on motorcycles and the odd racecar literally rode the wall doing tricks. It’s the Wall of Death because it’s no mean feat and it’s dangerous as all hell. The Wall of Death’s heyday was in the 1930’s and there were troupes travelling all over the US and the UK and back then in the US there was even a family that rode the wall with a lion, yes you read that, they were a circus family and kept lions, and the one used to sit in the car while being driven around the wall.
Today there are probably only a handful left if that, and while motorcyclist jump their bikes and do multiple summersaults, knickknacks, can cans, and what the ....ever else, these memories stay with me, that smell, the sound, those amazing men and women. I still own a motorcycle, I always have since I was 14, and though I have nearly lost my life to them, I still can never get away from them, and I think The Wall is why. The impression that the Wall of Death left with me, however romanticized, will always be with me and my motorcycle. 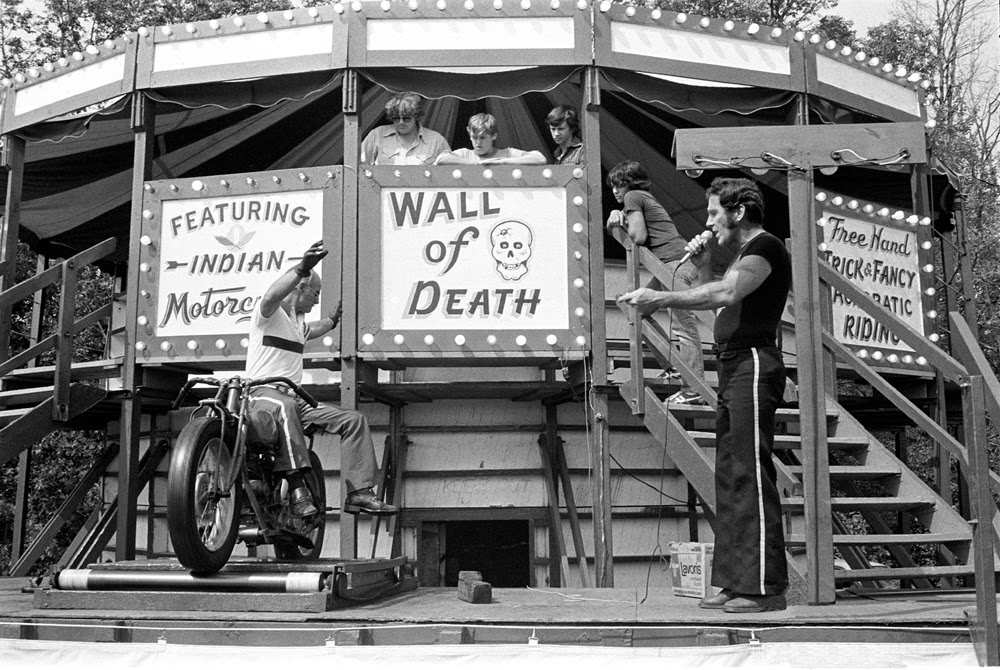 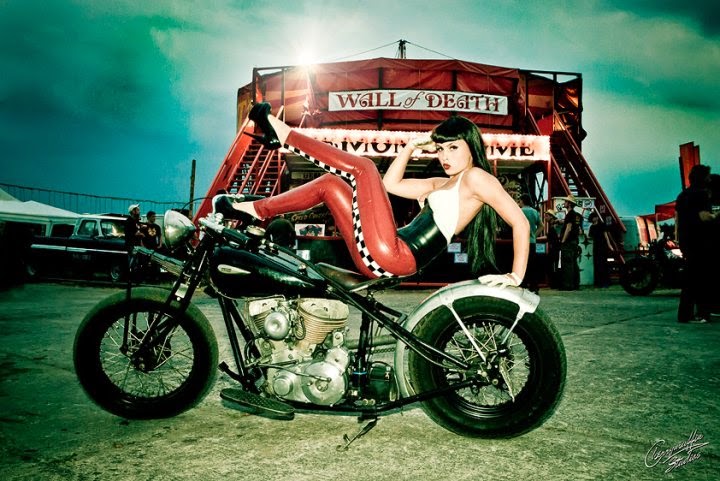 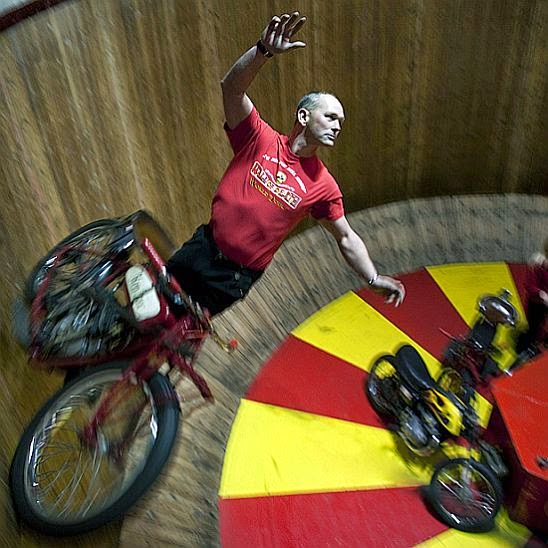 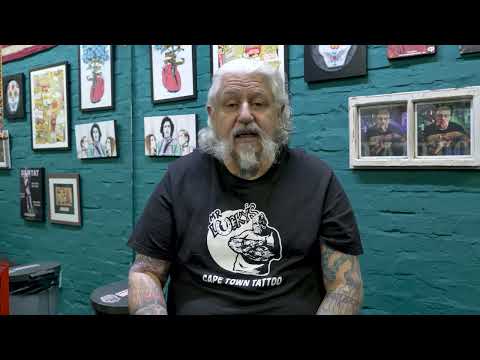