The history of tattooing for me, has always been very important, knowing what and who passed on the road before you, gives you an understanding of your place in time. This is something you don't see anymore, this "generation" of pen tattooers who don't even know how a coil machine works, let alone how to tune one, has no appreciation for those that paved the way. Here is a piece of that history, lovingly put together by Judith Lukas with Prof York.

The book is available at www.tattooingtoperfection.com

It will soon be available for South African buyers through www.tattooinc.co.za

John Clark left England as a young man and made his way to Galveston, Texas, a booming vibrant city at the time, where he raised chickens, delivered furniture, sometimes drank too much and occasionally got in trouble.  In 1900 he traveled to South Africa to fight in the Second Anglo-Boer War and spent nearly the next 14 years there.  Professor Clark had tattoo shops in several South African cities, ending up in Johannesburg where he picked locations in the heart of the bustling city.  He worked with George Burchett for a few years and sold his final shop on Rissik Street to Burchett when he returned to the United States.

Clark is famous for the portrait of Paul Kruger, President of the South African Republic, that was tattooed on the top of his head by George Burchett.  Later, Burchett fully tattooed Clark so he could exhibit as well as tattoo clients.  Back in the States, Professor Clark toured with Ringling Brothers in the summer of 1914 and was often billed as the “Famous South African Tattooed Man.”

This book includes the extraordinary life stories of John and Bertha Clark with photos and documentation of both the ordinary and the spectacular,  The extensive art section includes works and designs of Professor Clark in the form of travel books, shop posters and tattoo flash.  Included are also travel books in use at the time and other designs obtained by Clark for exhibit and design suggestions for clients.

Here are some examples from the book

Many thanks to Judith for bringing us this amazing book. 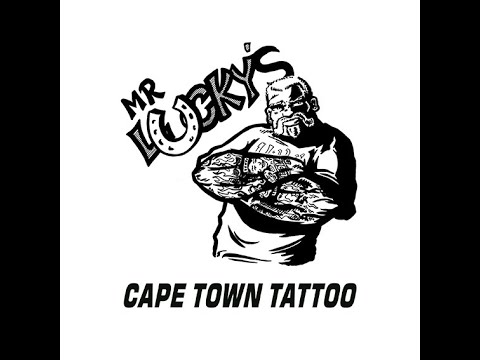