Wednesday evening, and I seem to be feeling a better, the post convention blues have passed, I am going to mention Hymne’s passing, Tuesday was the 2nd anniversary of her passing and as expected, coping isn’t easy, but I focus on the love she gave me and our time together.
The convention was as usual, busy, as I am booked up well in advance with clients who come down from up country, and I do try accommodating them, as they do not get the opportunity often. I do however feel that the convention this year was not very well attended, by artists as well as tattoo enthusiasts. The recession I guess is felt by all this year, and with that in mind, I’m always surprised by the lack of marketing done by the organizers. A simple sign outside of the building I don’t believe is too much to expect. Having said that though, I really enjoyed this years.

My convention weekend began with the arrival of my great friends Rob and his gorgeous wife Michelle, on Wednesday morning, we hustled back and they went of to the beach for the afternoon, while I did an awesome horned cupcake tattoo on Kat Finke. 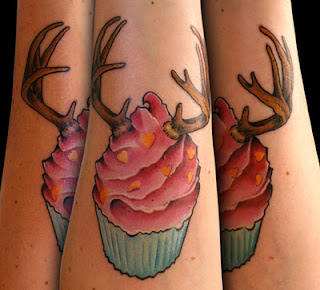 We went for a drink and a bite in Blouberg, and then to bed for an early night as Thursday was going to be a long day. We woke and went to Café Motsart for breakfast, then to Carl at Deluxe Coffeehouse for coffee, collected two printed portfolio books, that the printing was all messed up on, but wtf to late now, and rushed back to tattoo an awesome piece on Michelle, 4 and a half hours later, I was done, and we chilled for 2 hours before going to the Bombay Bicycle club for the meet and greet. It was awesome to hook up, and see everyone, and the snacks were tasty as hell, then off to Pizzeria for dinner and home… 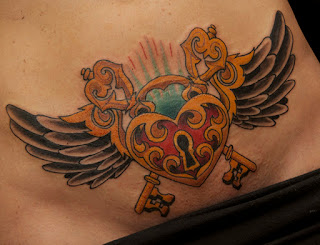 Friday, collected T-shirts at 9am, then took Rob and Michelle to Claremont to the haberdashers to buy Rob some headgear, and then of Leizl to get Michelle pierced. Home to pack and at 2pm loaded and of to the convention. Friday evening I tattooed the lovely Pippa, we began this awesome rooster fighting a snake on her thigh. I can’t wait to finish and integrate it into the other piece I had started on her thigh. After finishing up we headed of the party at the HD club. 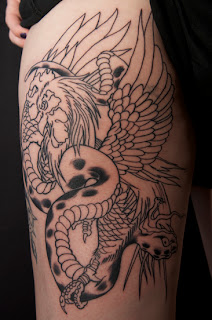 Saturday started at 11am and we headed of and began working on doing a lot of Rob’s sleeve, the new sailors grave piece as well as the addition of the water behind the Geshivamermaid is going to make an awesome piece. I walked about a little saw some good friends, hung out and had a great time, but by 10 we were done and headed of home. 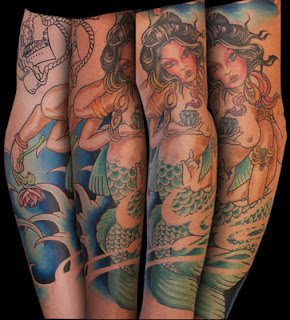 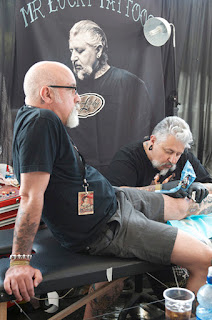 Sunday I was wiped out, and I only did Bill DeMicheal”s sailors grave piece, and by late afternoon I was packed and heading home, and off to Mandy for some sushi and good company, but by 11:30pm the blues setting in and the daunting prospect of facing the 31st again we went home to crash. One disappointment, after working my ass of on a piece, and the biggest showcase in the country, one of my best pieces was missing, with all the photographers shooting for mags locally and overseas, I guess it’s a good view of the appreciation for me efforts.
That’s the lot, said, no insights, no pearls of wisdom, just a weekend filled with laughter, good friends, good tattoos, good parties, good food, and memories bittersweet. 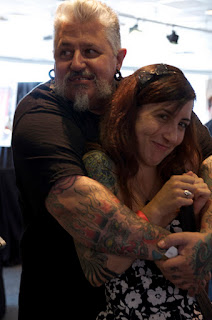 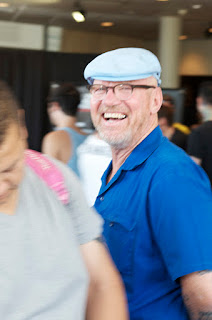 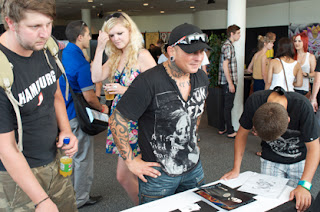 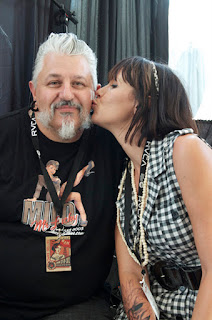 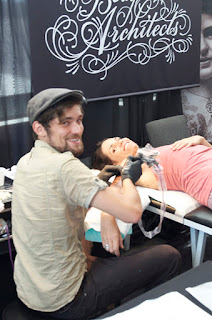 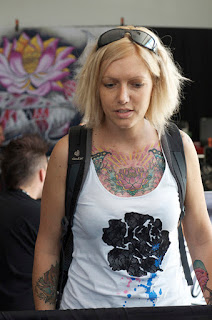 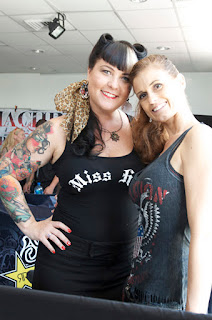 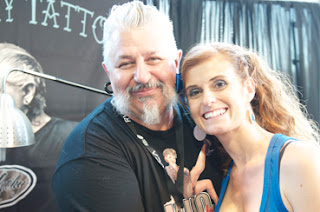 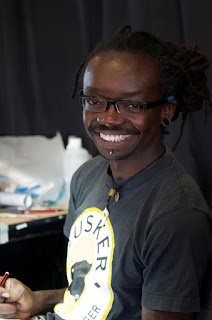 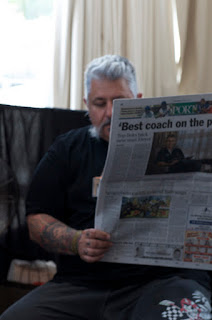 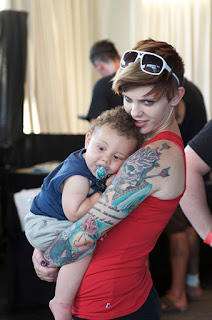 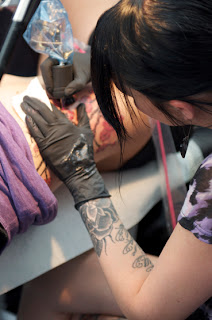 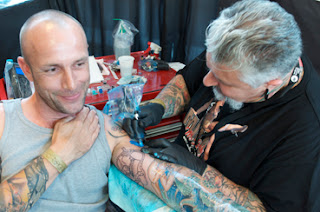