I just spent 6 days working in Johannesburg, and had a blast, besides the odd niggle, and the pollution, a lot hasn't changed since I left 5 years ago.
I arrived Tuesday, and after popping into Randburg Motorcycles, an experience that has left a bitter taste in my mouth, Rob and I went to his place and set up the studio, awesome place, in a beautiful garden, everything set up right, perfect and in the evening I did a cover/clean up of a piece.
Wednesday saw us make a quick tour of some of the studios in the northern suburbs, and found one has moved into my old premises in Greenside.... rather funny, popped in to see Thys, and Jen at Fallen Hero's before Sek's arrival and we then started his forearm 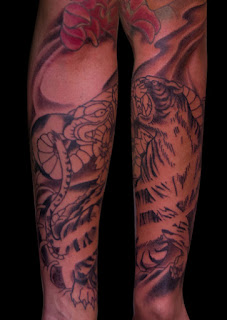 Then at 6 Pippa arrived for her session, but we stopped for a bite, the Veda and Deon arrived and My brother Sandy and his Girl and there daughter, so the house got crazy. My hostess Michelle whipped up a dinner for the ever increasing masses, and buy 9 I had to grab Pippa and start working or we just would not have gotten to tattooing her, as it is, I didn't get to finish the piece, but I will see her soon and get it done. 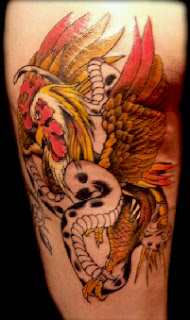 Friday I chilled with Rob, we chatted and just chilled out, and in the evening I did some work for Pedro, an addition to a piece I didi ten years ago, and just livened the whole shoulder up a bit. We then all went to Sakura for sushi, I was ravenous, so I think I nearly killed the sushi chef in having to keep up with me.... damn conveyor belt was a little slow, but a great meal.

Saturday started with the completion of Jacques back, this is the very first tattoo I did on him and over the last seven or eight years we have come a long way as he is heading to at least 60% coverage, looking at his back, I see at least a few more hours I could put into it. I then had Mich in for her old school anchor, she had the letters so I had to work around them, I think it's cool. 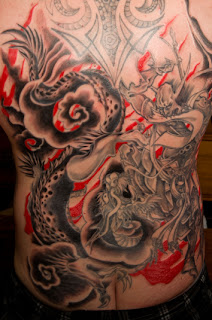 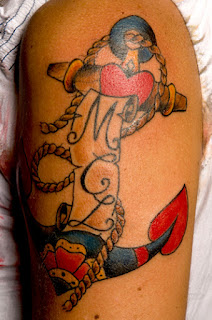 Sunday started early with more for to Nicci's back, final touches to Michelle, and 3 hours into Robs Geisha/Shiva/Mermaid color sleeve 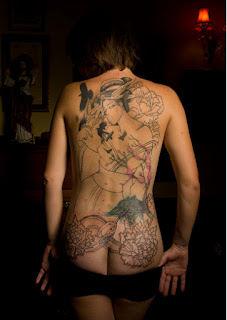 Monday Rob and I met Nicci for a quick bite on the way out to the airport, and with that I flew home to my Island and my puppy girl Laika, who almost had a fit she was so glad to see me, she ran and threw herself at me, almost knocking me over... What a pooch.
I have left this post for to long so it does more read like a list than anything else, but it does sum the week up.