I have been thinking about this blog for a while and I just haven't found the right way to express myself without sounding like a whiny ass hole, which I probably am, but as I have your attention that makes you what...?
There are a few things that have raised their heads again, and I wanted to just say something about it, obviously without offending anyone, though realistically that isn't going to be possible.
Success, why is it so hard for a lot of people to be gracious about others success? If they took the gamble and worked hard, put themselves out there, risked it all and made a success of something, why is it that it can't be supported by their contemporaries? Why is it that these people choose to shun or be ass holes when one would think that the success of one benefits all, it just astounds me.
Oh and please I know all that shit that people are ass holes and bla, bla blaaa fuck we have all heard it and at my age I have seen enough of it, still I choose to believe in the good in people, proved right and wrong every day but still believing in that good.
This is a small goldfish bowl, and we are microbial matter in the grand ocean of a universe, and you would be not be amiss in thinking that we might just benefit from supporting one another.
Houses. My girl moved to Cape Town a year ago, at that time she had tenants in her home in Sophia Town, Johannesburg, she was approached by an estate agent in June to put her house on the market and she agreed, a month later it was sold to a cash buyer. The offer to purchase was agreed upon and they moved in having to pay occupational rent from July the 1st, They have finally agreed to move out this weekend, they have not paid occupational rent for 8 months that is R40000, they also didn't bother to pay the water and lights, another R25000 bill, then they have left the place in such a state that the house is unrecognisable. I will furnish you all with their details and all the details about this matter once they have finally moved out, but for now I just needed to get that off my chest.
We can't even afford a lawyer to sue them and the damned estate agent so we just have to take the loss and try selling the house again.
Bicycles. I stayed quiet about this for some time, but since everyone been spouting their opinion on the matter I thought I may just add a little of my jet fuel to the fire. The incident that took place in Sea Point where the cyclists attacked a student in a mini bus is what I'm talking about and first off, let me make myself perfectly clear, what took place is abhorrent and must be pursued to the fullest extent of the law. Perhaps there is a lawyer who would work pro bono and sue the perpetrators so an example could be made but finding one of those... well I'll leave that impossibility for you to fathom. The issue as I see it though is that cyclist and motorcycles are the most vulnerable on the road, and are daily subjected to the lack of awareness of motorists, and please don't tell me how the cyclist have no respect for the rule of the road and all that shit cause motorist don't give a shit either, you change lane without indicating, you don't give a shit, you gun it to get through that red light, you don't give a shit, you do 70klms in a 60 zone you don't give a shit either so put you hackles down and breathe. In your 2 ton hunk of steel, if you hit either a motorcyclist or a cyclist I think they are gonna come of worse. Having said all this though, and being a keen cyclist and motorcyclist myself it does have to be said that on marine drive where a dedicated lane has been set up for cyclist I still cannot understand why groups of cyclist still feel the need to ride 3 or more abreast in the road, is it your express intention to be a rude cunt. There is about a 100m section of road from the traffic light onto the Woodbridge Island Cul-de-sac why is it that every motorcyclist thinks he's at a fucking dragstrip, when there are children and animals all over the place does you cock really increase in size with the number of rev's you increase with the throttle. So the issues from both sides have a lot of merit and I have only just touched on a few, what I am trying to get at, is that we all make mistakes and we all fuck up, but being a little more aware, and a little less angry might just make all this shit decrease, well at least a little.
So now I have bored you all, hell I'm bored with it myself, go be kind be a mensch.
I'm off to the shop now, gonna go have a good day, the sun is shining and it's a beautiful day here in Cape Town, without doubt one of the most beautiful cities in the world.
Here are some pics of our BMW Cafe Racer just weeks away from completion. 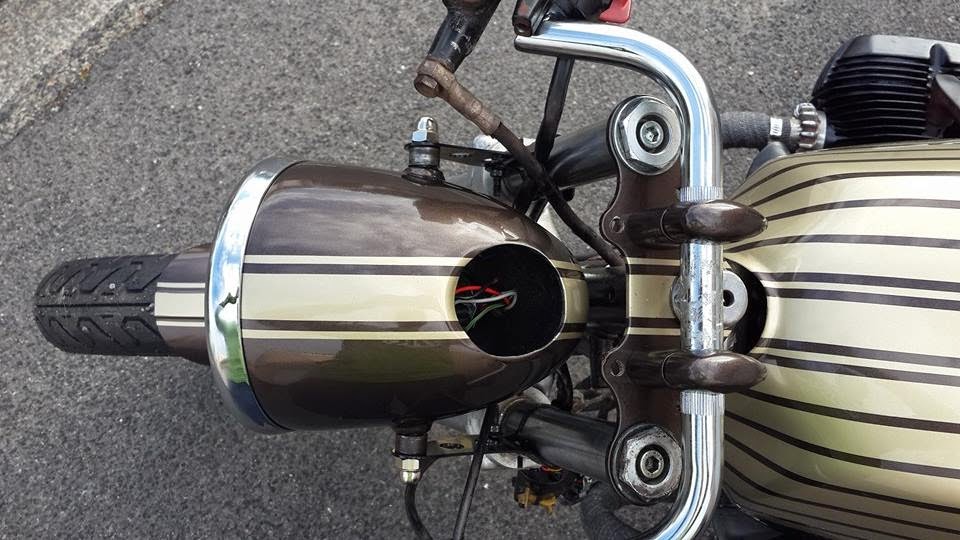 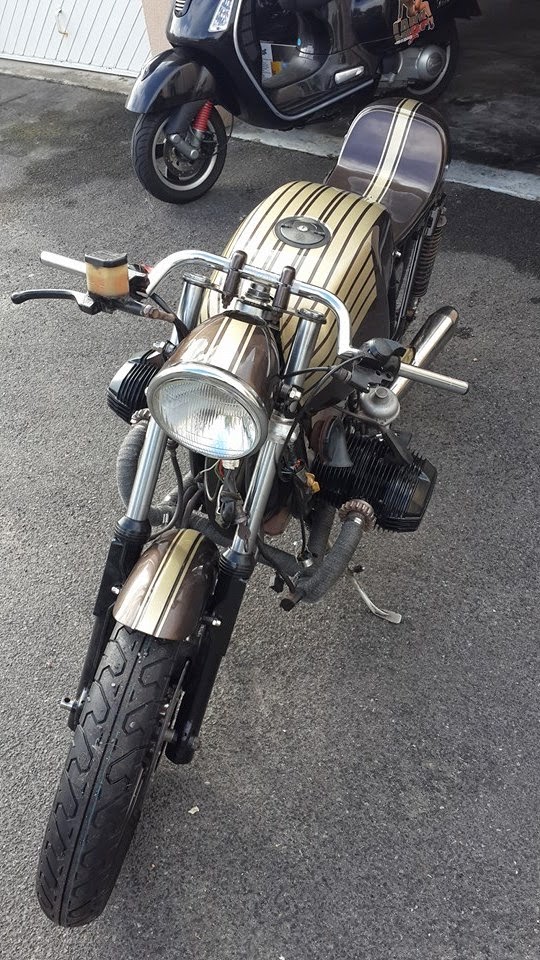