A while ago I watched a program on the TV about the WWII a British veteran spoke about the Blitz on London and how devastating it was and what people suffered through a how the British spirit kept them going through. Veteran RAF pilot now long gone spoke of how at 18 years old they fought the Hun in the skies above and so many died.

I was reminded of another great hero of mine, Sir Earnest Shackleton and his voyage to Antartica with his “Imperial Trans-Antarctic Expedition” (1914-17) He and his team would be the first to traverse the continent from Vahsel Bay to McMurdo Sound on the opposite side, on the 19th of January 1915 their ship got trapped, frozen in an ice floe.Being forced to wait till spring the crew turned the ship into a winter station but in spring as the ice melted, the pressures of the moving ice finally sank the Endurance, forcing the men onto an ice floe, but to cut a long story short, they would march to Elephant Island dragging 3 life boats over the ice until they could no further then he ordered the men into the boats and after five harrowing days at sea covering 557 km they landed on Elephant Island. Leaving his men and refusing to take supplies him and 5 crew took the strongest of the lifeboats and set sail for help. After 16 days at sea and surviving a hurricane they landed on the unoccupied southern shore of South Georgia. After rest they set of over land doing 51 km over some extremely dangerous terrain they reached the whaling station of Stormness on the 20th of May.Shackleton immediately set back to rescue his crew and fighting storms and ice floes but on the 30th of August the remaining 22 men were rescued. 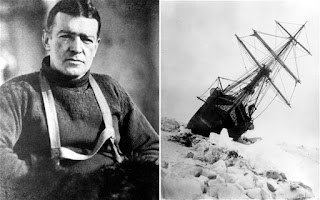 I see that spirit lives on today in a guy called Guy, he's of Latvian decent, but I am sure he sees himself as an Englishman. This truck mechanic is a multi world record holder in speed events, one could say he has a death wish but to quote him "when you're dead, you're dead" and he certainly wastes no time living. He has had multiple podiums at the Isle of Man TT, won races in SBK. He has set land speed records on a bicycle, on a motorcycle up the infamous Pikes Peak in Colorado, in Street Luge, the Wall of Death and that's the tip of the iceberg. In an age when if it isn't filmed, photographed and promoted, it didn't happen, Guy remains Guy, with his sense of humour and balls like no one else he seems to be able make you feel like a mate he's sharing a cup of tea over a great tale of his exploits. 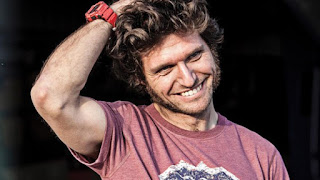 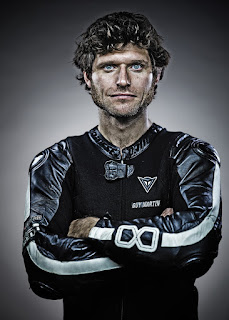